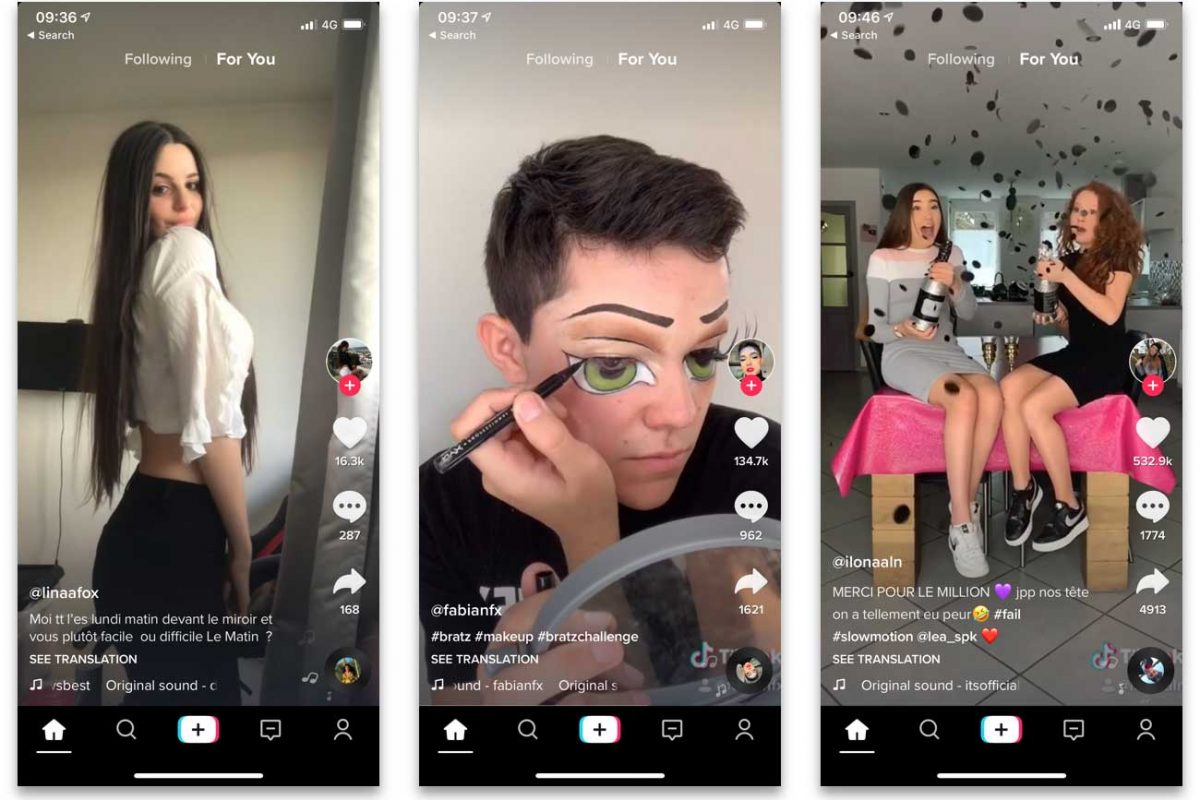 TikTok has taken over the scene of social media apps in 2020, with the best quarter for any app ever in Q1 2020 and surpassing 2 billion downloads globally. So, what is TikTok, who is on it and exactly what do they do?

As an overview, here are some important TikTok statistics you need to know:

TikTok is a short-form mobile video sharing app, as described on their website. It allows users to record, edit and share videos while watching what other users created.

Who are on TikTok?

Although vastly dominated by Gen-Z, TikTok is increasingly becoming more mainstream with millennials and even older generations have begun to join the platform.

TikTok didn’t disclose number of active users in the UK, however, there are several TikTok influencers in the UK that have follower counts of over 10 million.

What are the User Motivations on TikTok?

The use of all social media channels can be based on 5 basic motivations:

Each social media channel lures its users with one or even a combination of these motivations. Most users of Instagram frequent the app for checking up on their acquaintances (peeking into private lives) or the influencers they follow (following trends). Pinterest, however, works mostly as an archiving tool and for finding fashionable products or DIY projects (following trends). Twitter is a platform for discussing politics and other subjects (self-expression and social interaction).

For TikTok, the main user motivation is entertainment. TikTok is a platform that doesn’t tolerate negative issues, such as politics or hate or fights. An endless stream of entertaining short videos turns TikTok into an escapist’s paradise. Users who would like to take a break from their stressful lives and struggles go on the app to watch short-form entertaining videos.

The main difference between Tiktok and other platforms is the glorification of virtual and reality. Tiktok is in the opposite position of real life with all of its content, effects and background music. Since people use Tiktok content for escape from real life, Tiktok is the hub of content that complies with these codes.

What are the User Behaviours on TikTok?

Although the quantitative data available is limited, user engagement on TikTok is crazy! Videos that are considered viral on TikTok easily get millions of views and thousands of comments. The video above by the TikTok star James Charles got 1.7 billion views and 70 thousand views.

The user behaviours in social media can be classified into three classes:

These are users who use a social media app to only consume content and do not produce or participate.

TikTok’s For You Page (FYP) makes it possible for any creator’s video to go viral, regardless of past performance or follower count. That is possible by the engagement of users, encouraging participating behaviour on the platform.

Most content on TikTok works as User Generated Media (UGM), where other users can create their own content by imitating or recreating the original piece. Giving users a chance of self-expression, users are more likely to create pieces of video content compared to other video platforms such as YouTube.

TikTok is a platform with very high engagement rate with a democratic algorithm that allows any user with good content to go viral. For many users, TikTok works as an entertainment app where users can watch an endless stream of humorous videos and interact with others socially.

In the past few years, video consumption on mobile phones has become mainstream as broadband mobile internet is readily available. Although all of the social media channels now support video, what makes TikTok content so popular that TikTok videos make their ways to other channels?

The difference with TikTok is that TikTok shifted video production into being a social activity, blurring the line between the consumer and the producer.

A popular term with social media is User Generated Content (UGC). All social media channels are made up of content that’s generated by its users, just like TikTok. The difference with TikTok’s user generated content lies with the way the content is produced. TikTok allows users to co-create, allowing users to create their own media where other users can produce their own pieces of content on. This encourages more users to produce on the channel and it’s reshaping the video sharing market by encouraging more and more users to be video producers. So how does TikTok achieve this?

You may be asking; what are examples of UGM’s on TikTok and how do they encourage more users to produce content?

The above is an example from the collection of thousands of pieces of content that were created in the same format – the album cover challenge. Each of these videos shows users recreating an album cover photo in their own way, using apparel they already owned (easy production). They all use the same music and the same transitions. Each user adds their own spin by adding some on-screen text, associating that with the name of the album.

Lip-syncing is huge on TikTok. Many users just shoot their version of a video by using the same audio and lip-syncing over it. Above is a popular example of a user, whose account is made of videos of her lip-syncing excerpts from President Trump’s speeches. One of her videos even reached over a million views.

Many pieces of audio on TikTok help users create content. Users are inspired by watching what other users created with the same piece of audio, and so they create their own.

The audio functions as a place holder for adding the pieces of video, marking the change of emotions in the story telling of the whole piece.

Above is an example from a collection for a popular TikTok audio with over 90,000 pieces of content and millions of views.

How does this make TikTok different?

The UGM culture in TikTok allows a much higher percentage of users to be producers, compared to other video-only platforms such as YouTube. When compared to Instagram, Instagram users are much more likely to post carefully edited images rather than the much raw-looking videos on TikTok. The UGM culture also increases the engagement in terms of likes, comments and shares. Many users who are also producers themselves take a joy in engaging with other producer users.

TikTok content makes its way to other channels much more easily. There are even examples of TikTok content that have attracted much more attention on a secondary platform than it did on its original platform.

For example, the TikTok video above created by comedian Sarah Cooper originally received several hundred thousands of views on TikTok, however, it garnered over 6 million views on Twitter.

TikTok’s User-Generated Media culture allows more users on the platform to be producers rather than just staying as consumers. The same culture also increases the engagement of users with each other and increases the likelihood of virality of the content. For this reason, the time spent on the app increases and it may likely steal screen time from other social media platforms.